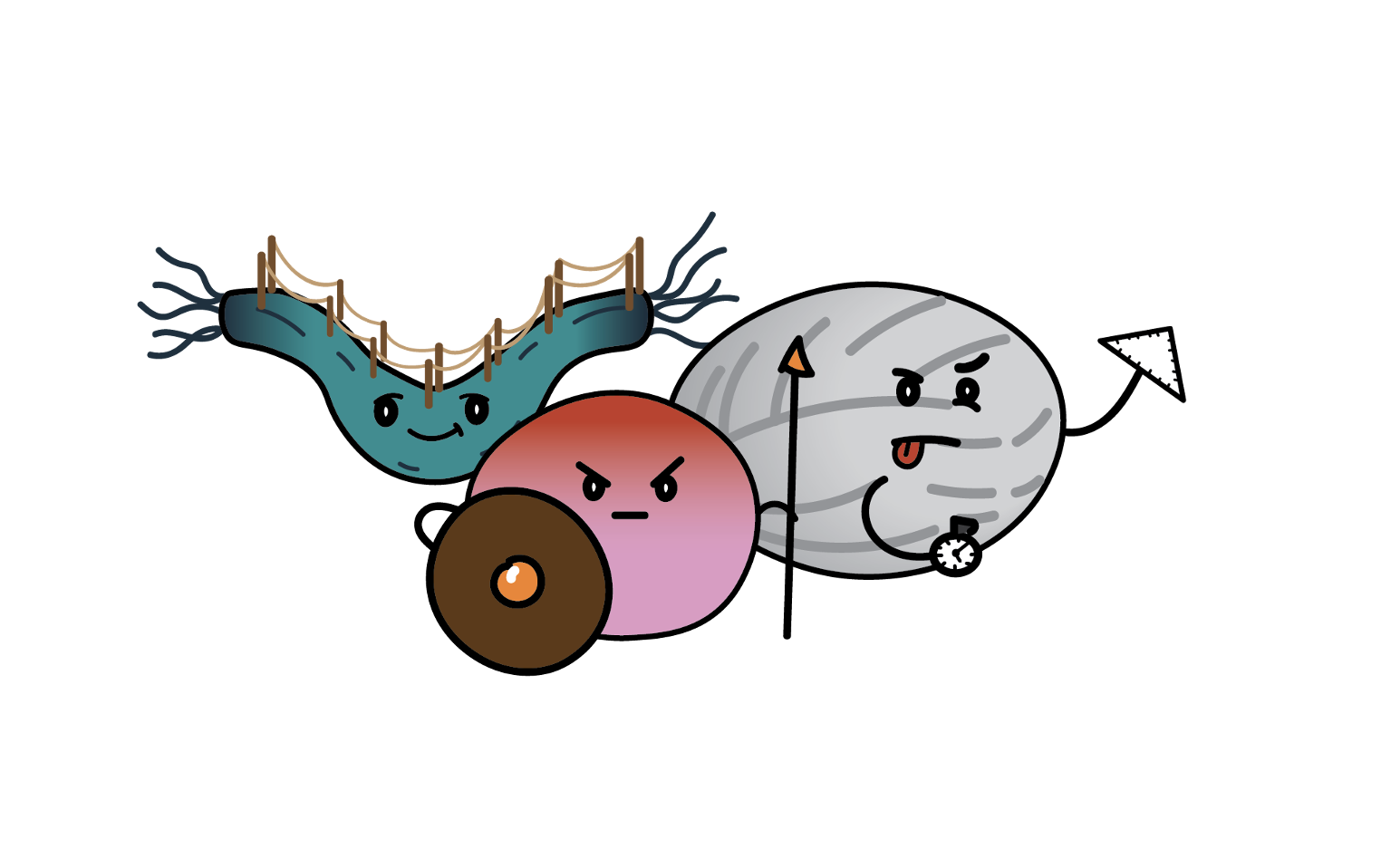 At Brainmatters we are fascinated by the brain. But if you were to see a brain lying on a table, it wouldn't look all that impressive. It’s a 1.5 kilo slimy pudding. It’s hard to imagine that this pudding is responsible for all our thoughts and actions. How is that possible?

What you can't see with the naked eye is that the pudding consists, among other things, of 86 billion neurons. These are specialized cells that are interconnected. They can communicate with each other using electrical and chemical signals. The different communication patterns of the neurons allow us to think, move, see, hear, feel, remember, and so on. But there are costs associated with this supercomputer in our head. It consumes least ⅕ of all the body's energy. That is quite a lot when you consider that the brain only takes up 2% of our total body weight.

What you can see when you look at the brain is that the brain consists of two parts. A left hemisphere and a right hemisphere. The left hemisphere is responsible for the right part of our body and vice versa. So if the left side of the brain gets damaged, you might not be able to properly move your right arm anymore. The two halves can communicate with each other through a "bridge" that connects them, the corpus callosum.

What is also immediately noticeable about the brain are the grooves and ridges. This outer part of the brain is called the cerebrum. From an evolutionary point of view, this is the newest part of our brain. It consists of different lobes, each with its own function. The reason for the ridges and grooves is simply to fit the brain in your skull. You can compare it to a piece of paper that you crumple up. A wad of paper also takes up less space than a wrinkle-free sheet.

What we cannot see, are all the parts of the brain that lie under the cerebrum. A very important structure that lies in the middle of the brain is the thalamus. This is the gatekeeper of the brain. It stops many irrelevant stimuli that are picked up by our senses. And that is a good thing! If the thalamus didn't do this, we would be completely overwhelmed by all the impressions around us. The thalamus basically decides which sensory stimuli (except hearing) are processed by the rest of our brain.

What we also cannot see with the naked eye is that these neurons in the brain form networks. Just like highways connecting cities together. A network is a cluster of neurons that work together to perform a certain function. One of the most important networks is the limbic system. This network is responsible for emotions. In this system different parts of the brain work together (among others the amygdala, the hippocampus, and the hypothalamus) to generate several emotions. There are many other networks besides the limbic system, such as a network that enables us to move and stop moving, the language network, the attention network, the memory network and so on. We do not yet exactly know how all these networks work. But science is working on it.

Finally, from the outside, you can see that there is a small lobe at the back below that large cerebrum. That is the cerebellum. The cerebellum is mainly involved in movement. It finetunes our movements and makes sure our movements are always up to date with our surroundings. This is especially useful when things around us are also moving, like when you are trying to catch a ball.

This was a very global overview of how the brain works. But how it all works exactly, we do not know yet. It is a fascinating, ongoing, and perhaps never-ending quest to find out how this incredibly complicated organ works. Hopefully you tag along to find out more about this pudding-like organ. 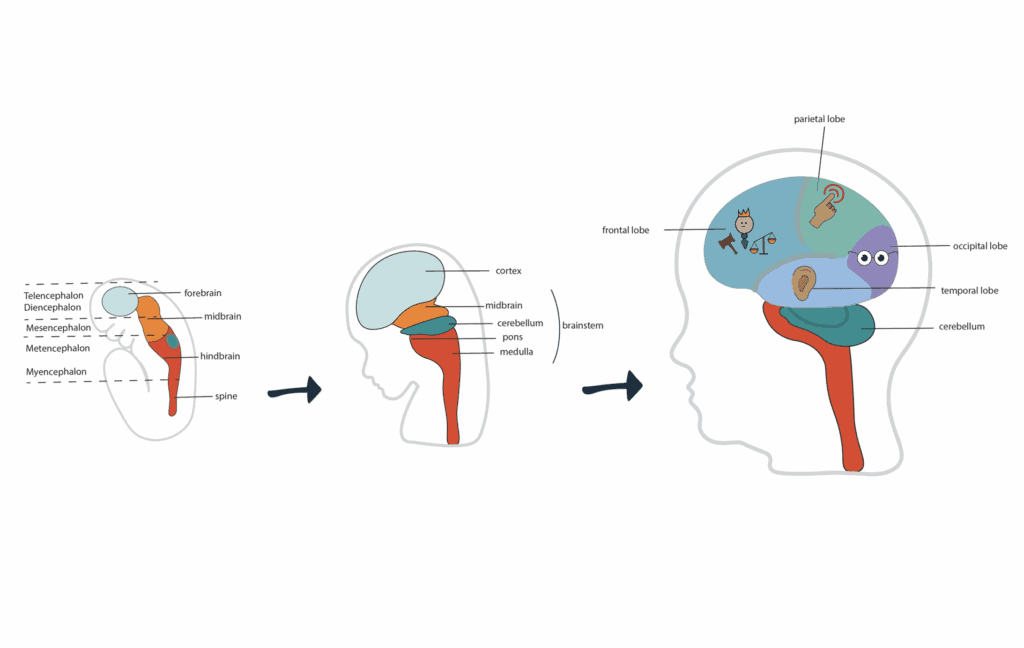